In addition to this blog see also Create PO line API: How the bibliographic record is determined.

In the New Order API integration profile we have defined  that when a new record is created from the new order API it should look for a match on the ISSN / ISBN and then merge with the existing record. 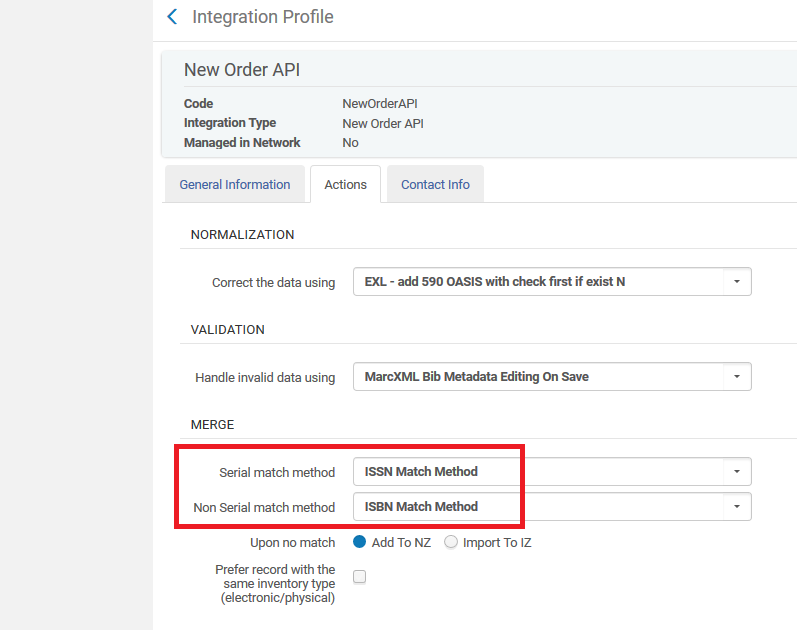 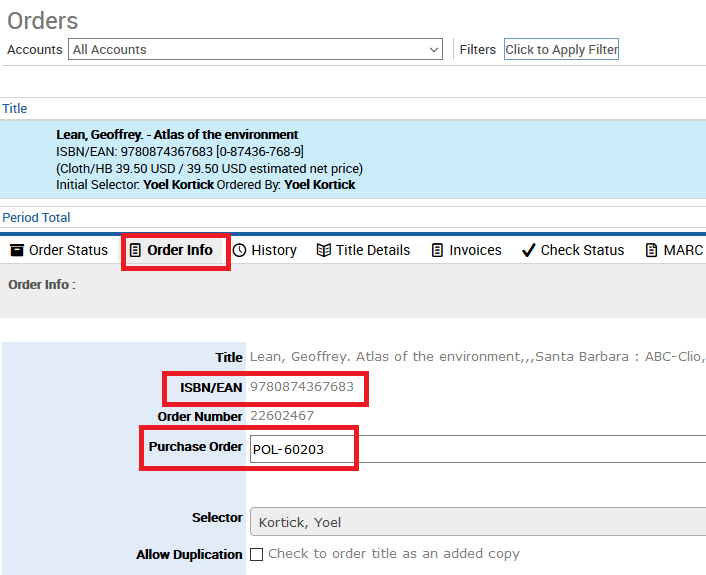 If now we search Alma we see that the bibliographic record still only exists once and now there is an order attached to it.  That means a match was made by the ISBN and the order became attached to the existing record.  There are no duplicates.

If we look at the order attached to this record we see that it is the order we saw from the OASIS interface: POL-60203.