How to install and use the Role Toggler cloud app

The screenshots and flow below is effective as of the Aug. 2020 Alma release.

In the “Available Apps” column find the app “Role Toggler” and click it.  You can find it by scrolling through the list or by using the search icon.

Install it by clicking “Install”. 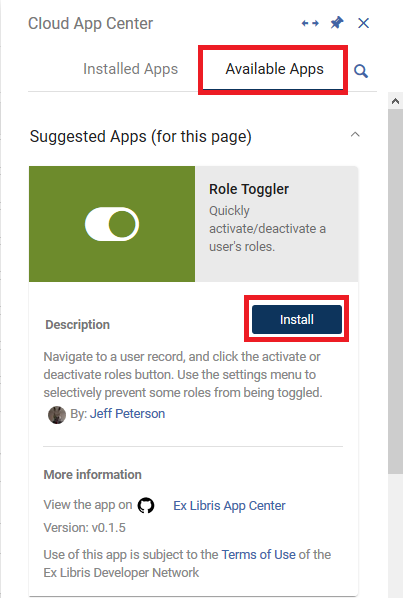 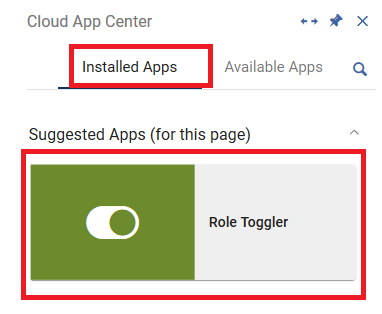 This app can be used on a user to globally activate or deactivate all of the user’s roles except for roles which have been excluded from the process.

For example we may want to activate or deactivate all roles of a user except for the patron role.

Define which roles will be excluded from the global activation  and deactivation. 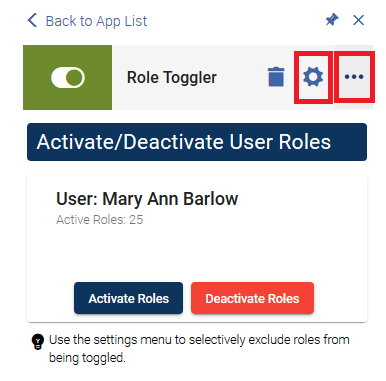 Click “Add” and then add the Patron role (to be excluded) 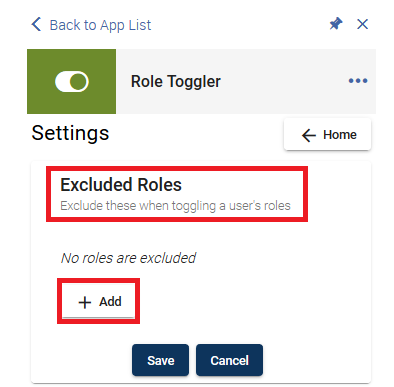 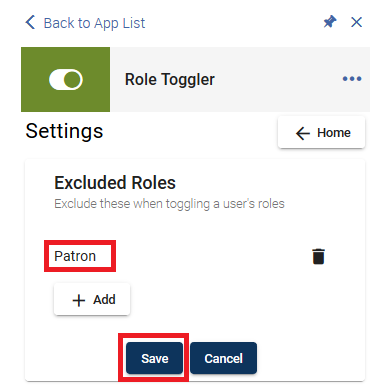 Retrieve a patron.  Here we see that user Alicia Chen has 27 active roles

With Alicia retrieved and in focus in the user interface we will click ‘deactivate’ and then see that it is successful and that Alicia has only one role still active (the patron role which we excluded). 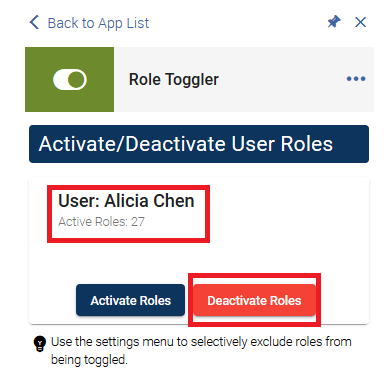 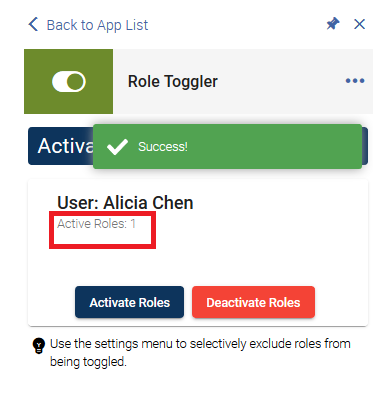 Now the user has only one active role:

Now we activate the roles 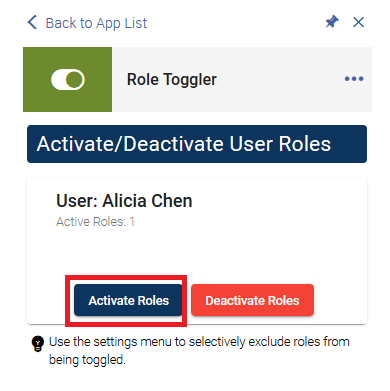 Get message that the update was successful 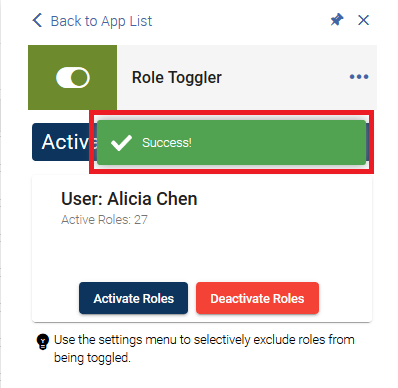 See that now the roles have been activated