In the example here we will be creating an analysis of which devices are and are not being used for Primo discovery.  We will show various stages in the process in order to highlight various options in the creation of the visualization.  The same method used here can be used for other analyses in other subject areas. 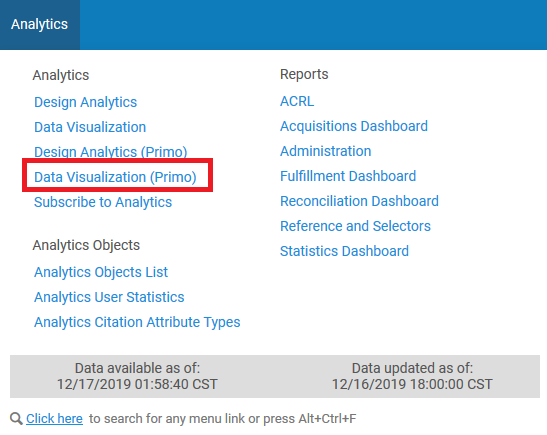 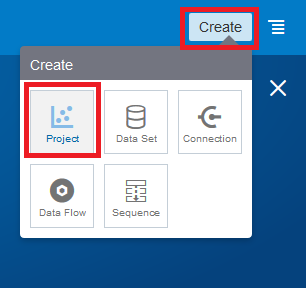 3. Now we will choose the relevant subject area for the project. In this case we are choosing subject area “Primo Device Usage” 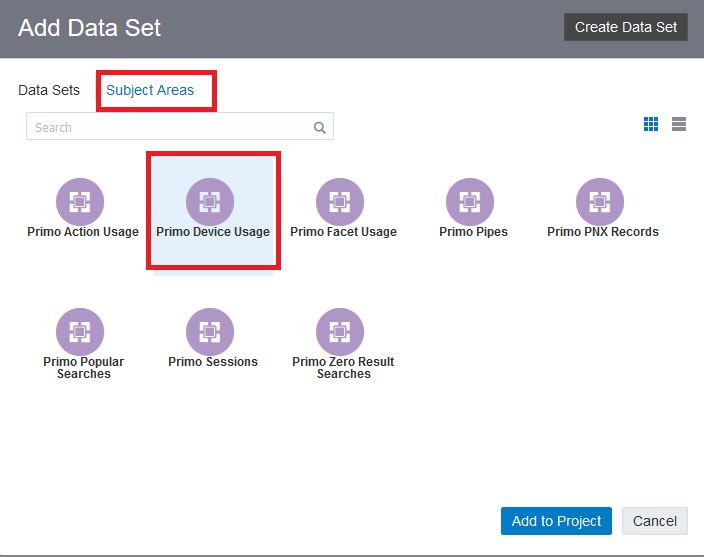 4. Make initial report by dragging the following fields from the left pane to the canvas (on the right):

We can see here that the Data Visualization is displaying the data in a Pivot.

5a. Select the fields which we will not want to be part of the visualization and filter them out.  Here we are removing three devices then via right-click choosing “Remove Selected”. 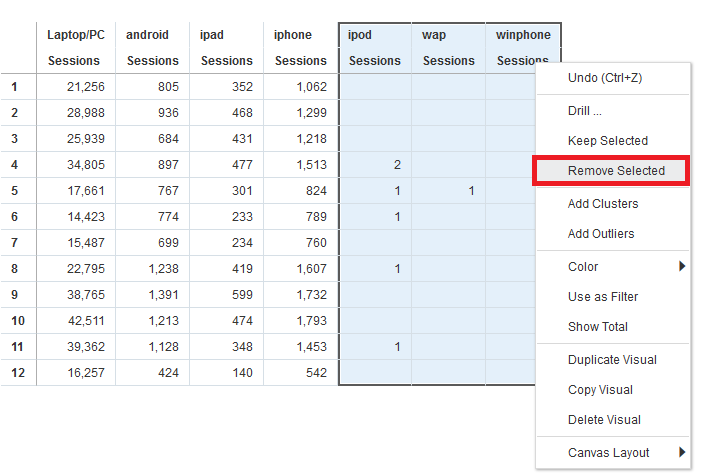 5b. Now we see that a filter has been automatically added to the visualization and we have only the devices we want to see. 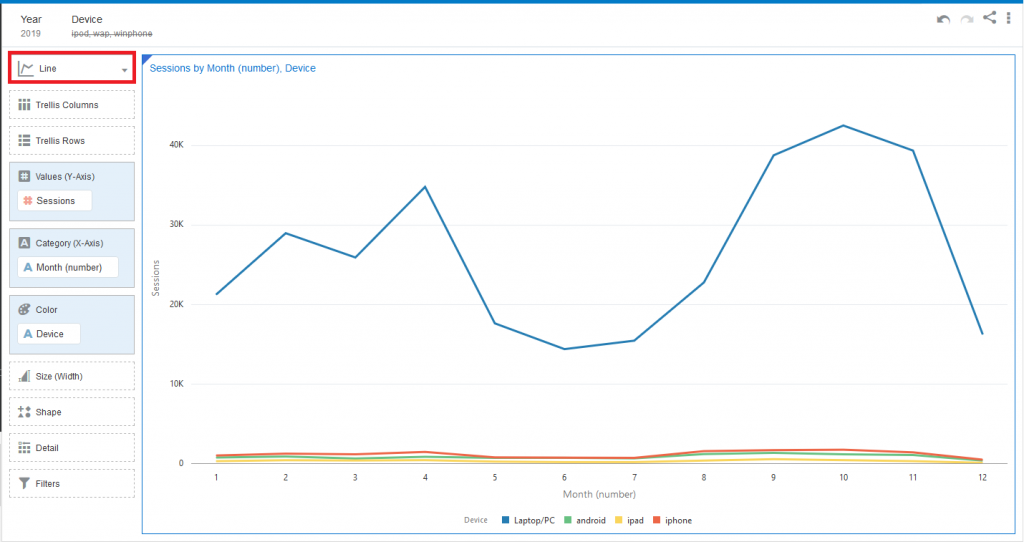 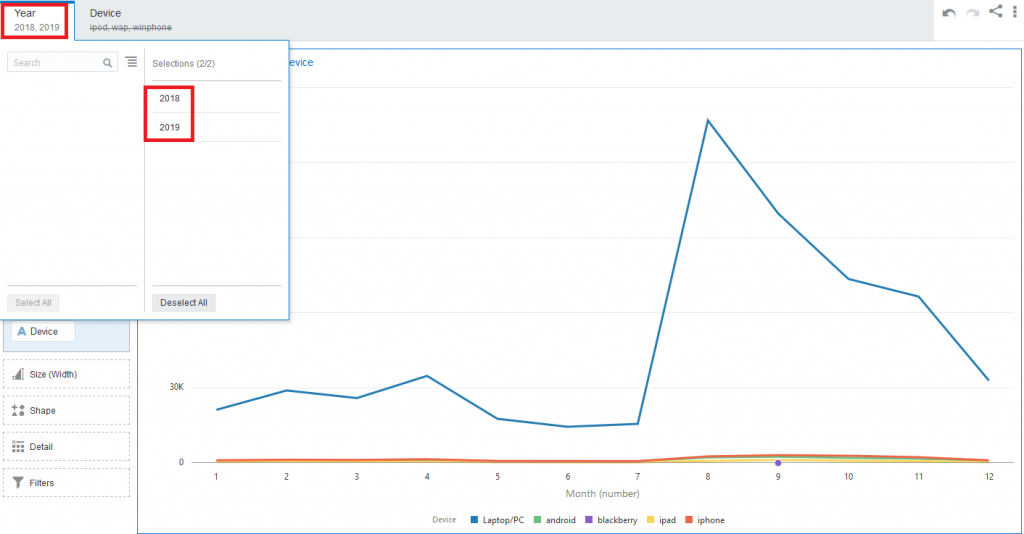 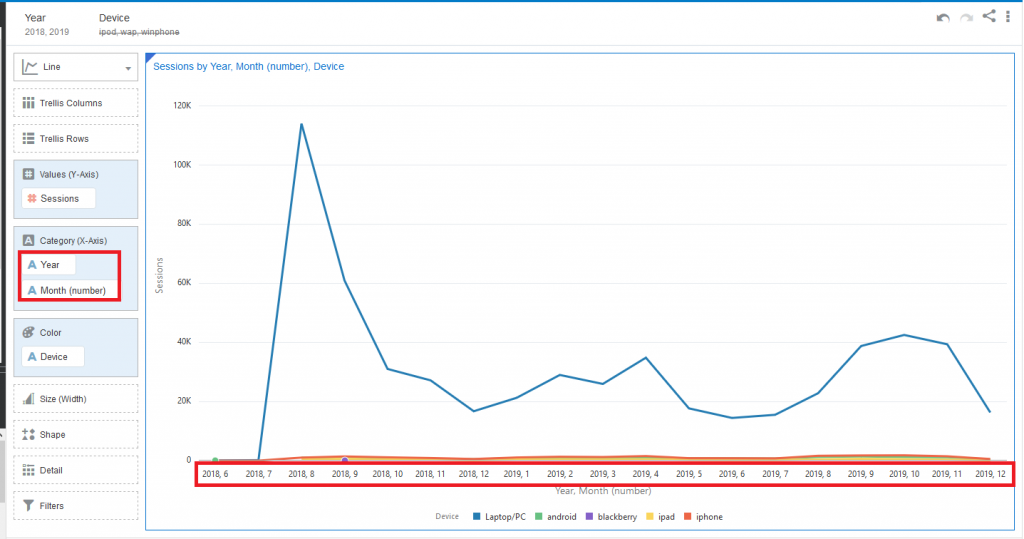 9. Before making further changes let’s save the project 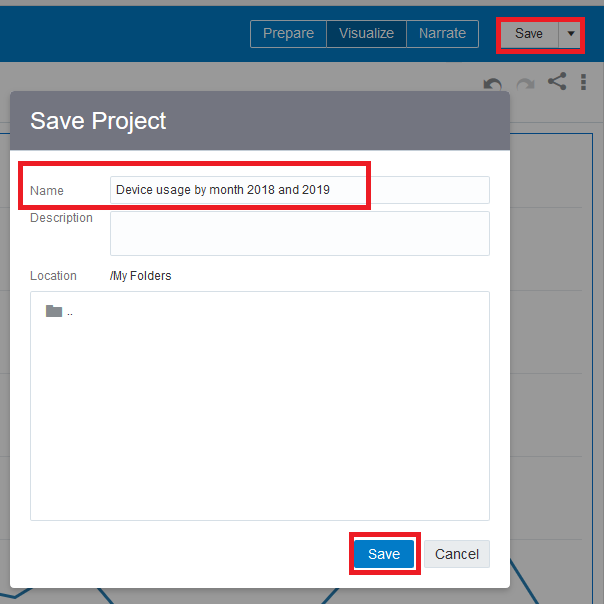 10. Let’s change the filter again for “Device” and exclude also Laptop and blackberry.  When we had previously filtered by Year 2019 we did not have “blackberry”. 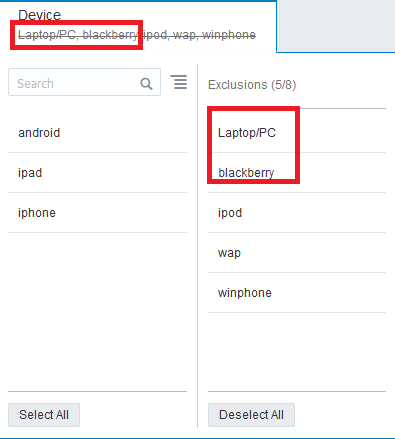 11. See the results.  Note that the trend of usage is the same for each of the devices.  The highest usage is by iPhone, followed by android and then by iPad. 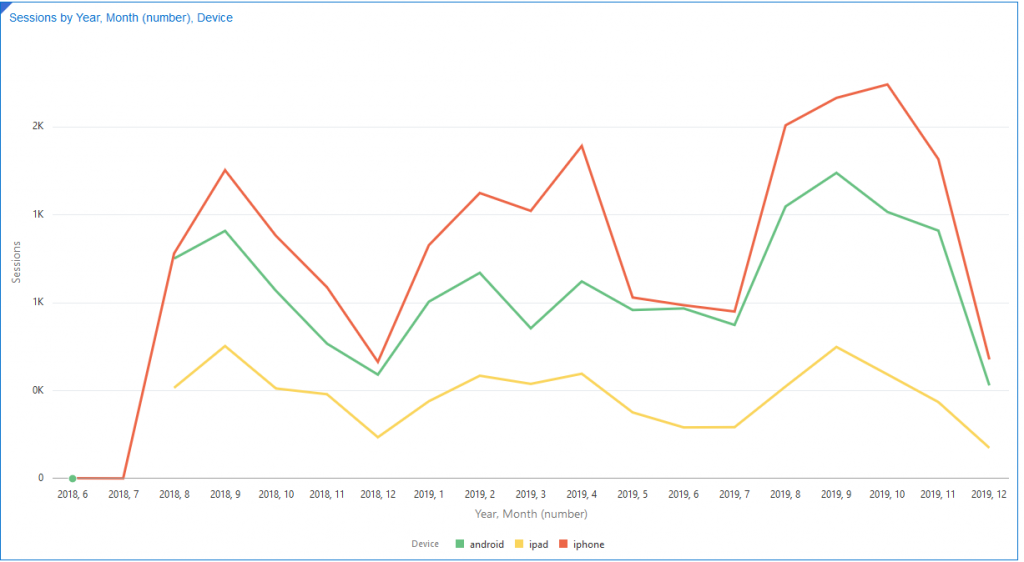 12a. Let’s now save again under a new name with these changes.  First we will choose “Save as” 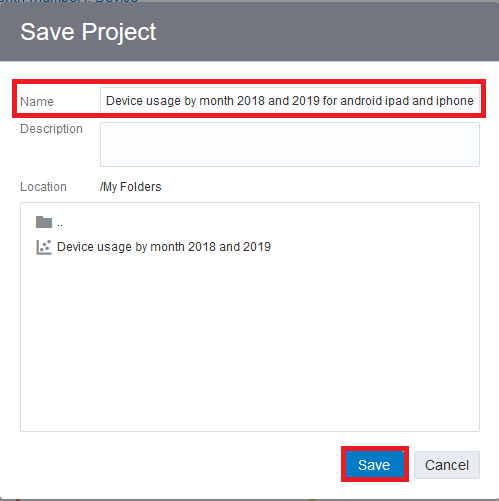 13. In addition to the line graph let’s view the data in another visual on the same canvas.  Instead of choosing a new visual instead of the line graph we will duplicate the existing visual and then change it 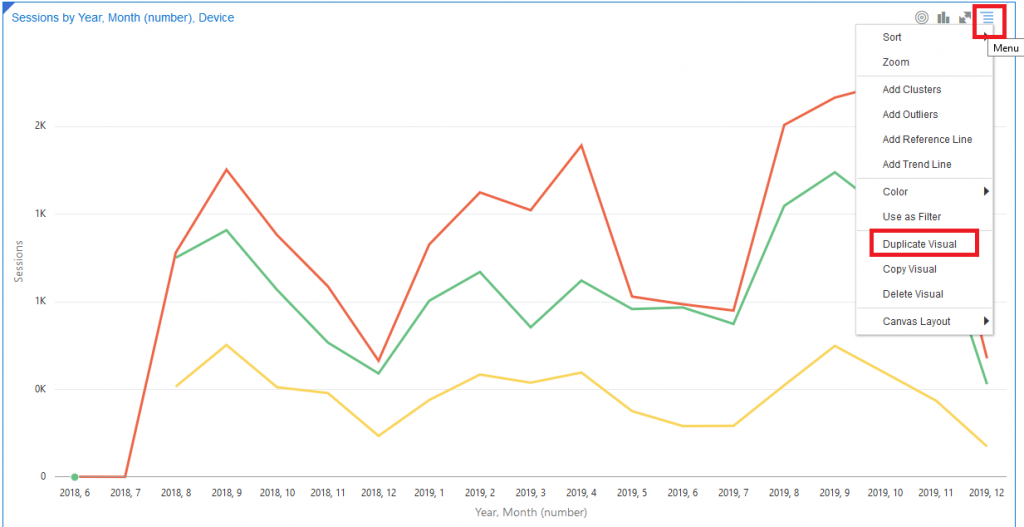 14. Now have two of the same visuals 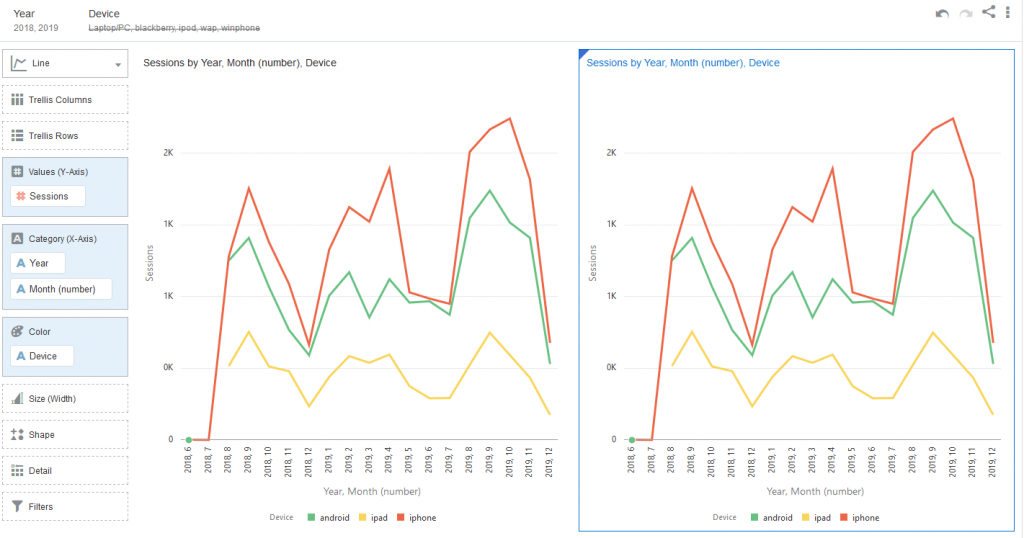 15a. Let’s choose the visual on the right to be a Donut 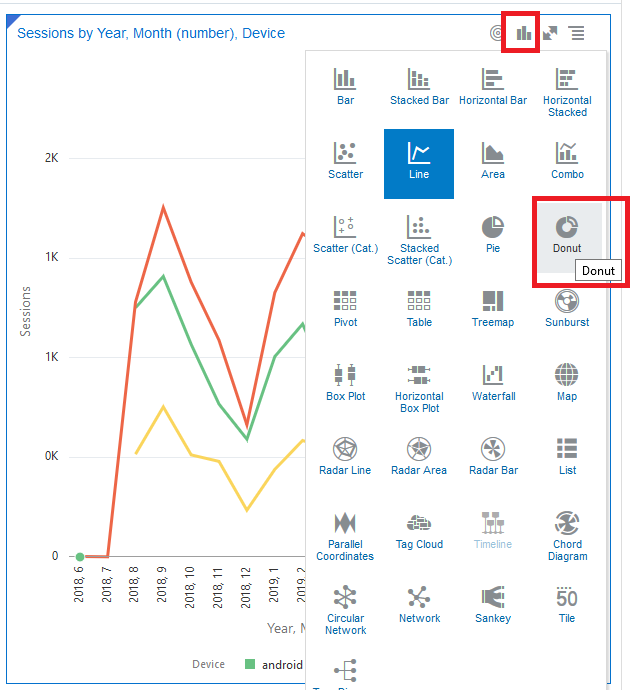 15b. Now we have two visualizations on the same canvas: a line graph and a Donut 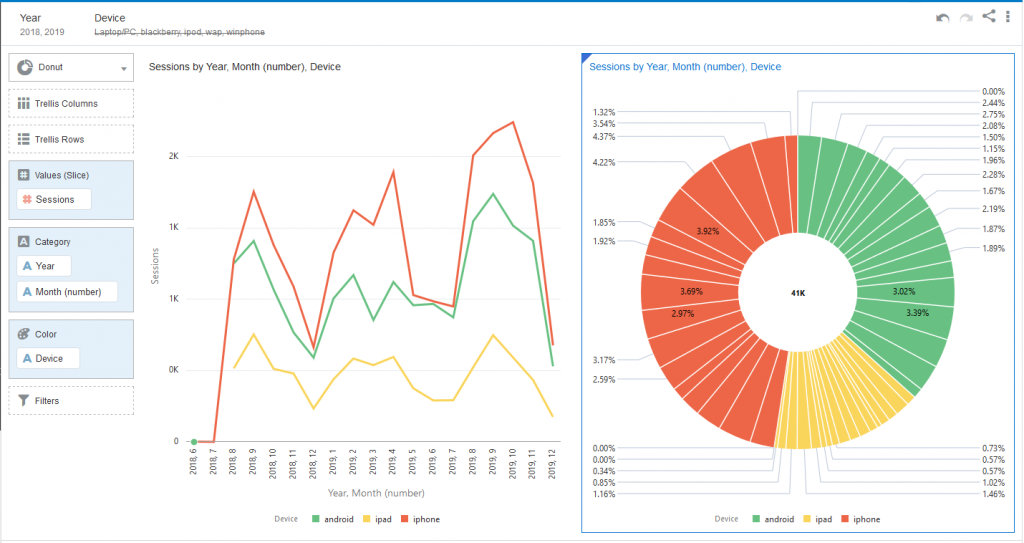 17. Save the project with a line graph and Donut 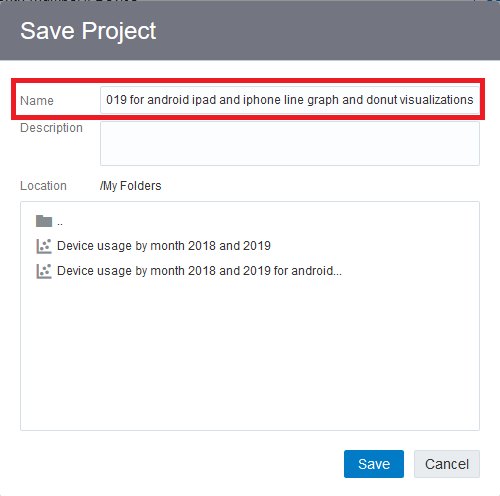 18b. Then choose the share it to a file 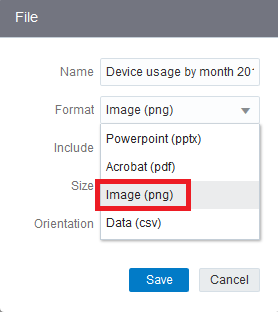 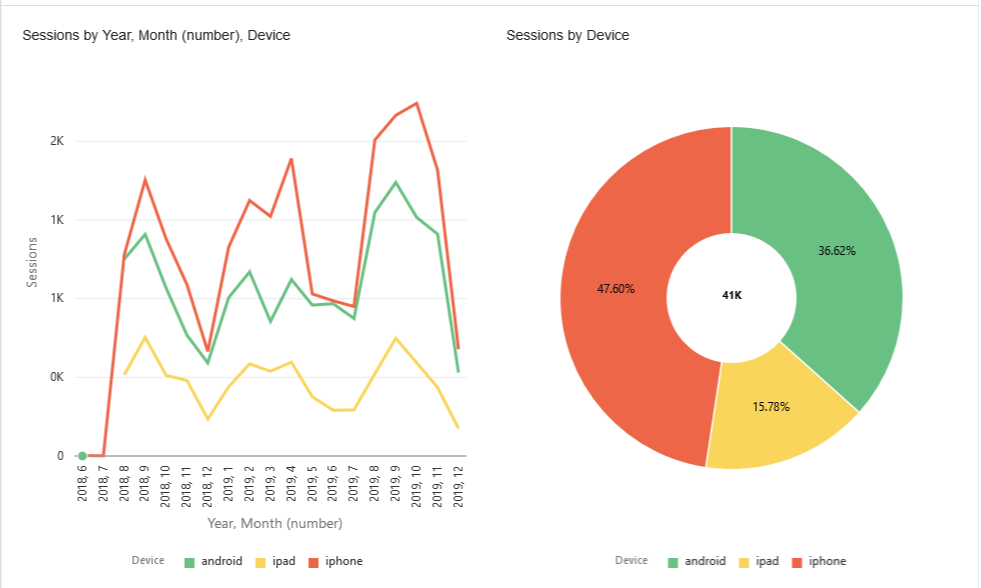